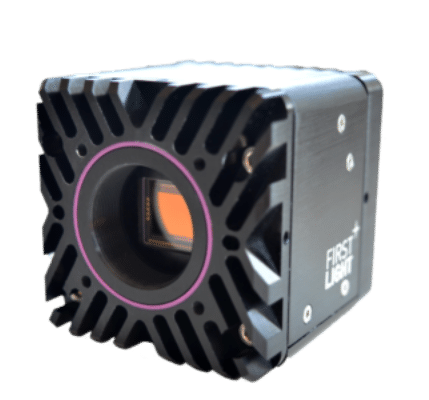 What is Free-Space Optics (FSO)?

FSO is a line-of-sight technology that uses lasers to provide optical bandwidth connections or FSO is an optical communication technique that propagate the light in free space means air, outer space, vacuum, or something similar to wirelessly transmit data for telecommunication and computer networking. Currently, FSO is capable several Gbps of data, voice and video communications through the air, allowing optical connectivity without requiring fiber-optic cable or securing spectrum licenses.

Links typically operate between the 780 – 1600 nm wavelengths bands and use O/E and E/O converters. FSO requires light, which can be focused by using either light emitting diodes (LEDs) or lasers (light amplification by stimulated emission of radiation). The use of lasers is a simple concept similar to optical transmissions using fiber-optic cables; the only difference is the transmission media. Light travels through air faster than it does through glass, so it is fair to classify FSO as optical communications at the speed of the light. FSO communication is considered as an alternative to radio relay link line-of sight (LOS) communication systems.

FSO communications can provide high data rates in Gbits/s ranges through the atmosphere for ranges from a few hundreds of meters to a few kilometers. FSO links include the following:

FSO components are contain three stages: transmitter to send of optical radiation through the atmosphere obeys the Beer-Lamberts`s law, free space transmission channel where exist the turbulent eddies (cloud, rain, smoke, gases, temperature variations, fog and aerosol) and receiver to process the received signal. Typical links are between 300 m and 5 km, although longer distances can be deployed such as 8–11 km are possible depending on the speed and required availability.

Here are some FSO applications: 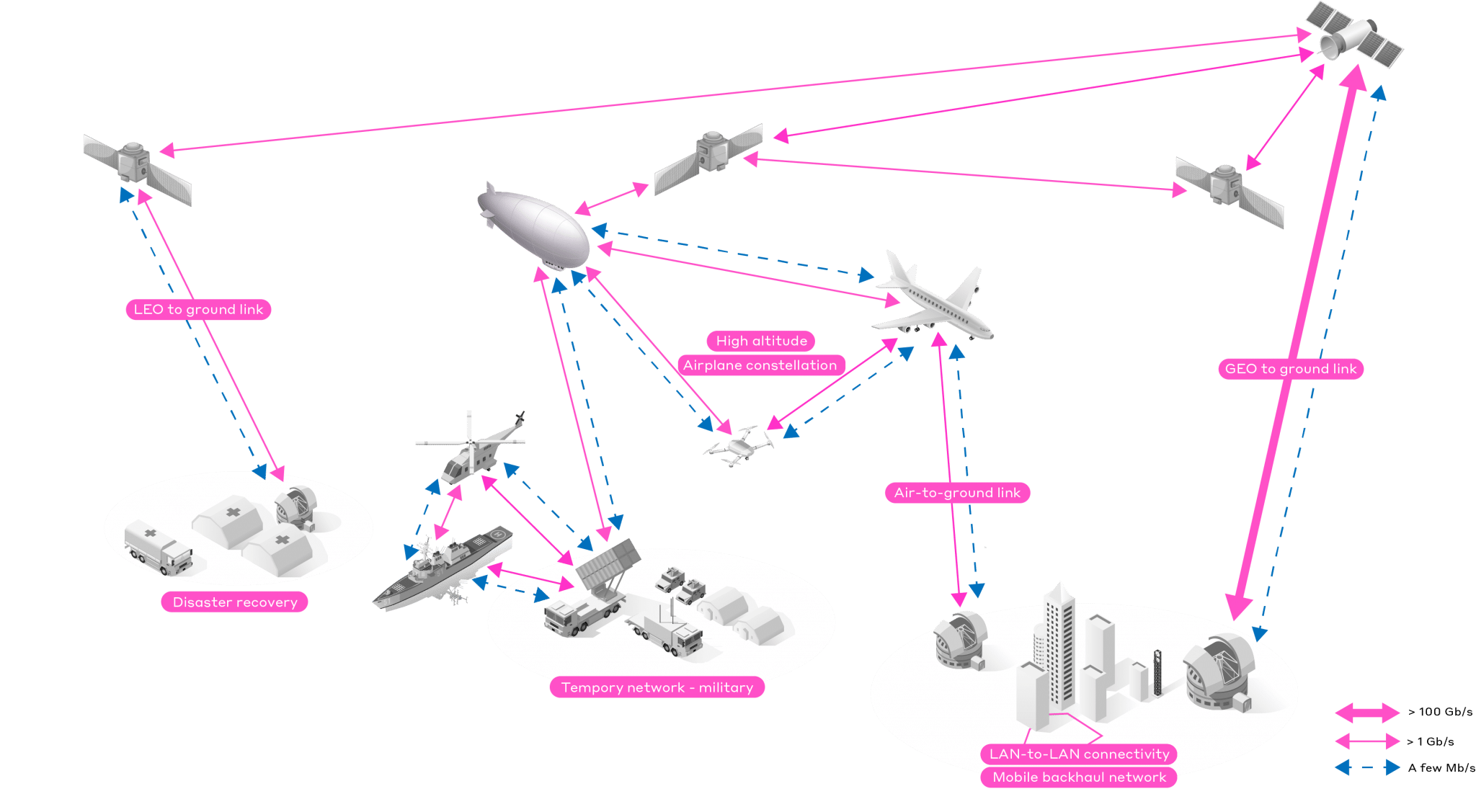 The atmospheric attenuation is one of the challenges of the free-space optical communications, which may lead to signal loss and link failure. The atmosphere not only attenuates the light wave but also distorts and bends it. Transmitted power of the emitted signal is highly affected by scattering and turbulence phenomena. Attenuation is primarily the result of absorption and scattering by molecules and particles (aerosols) suspended in the atmosphere. Distortion, on the other hand, is caused by atmospheric turbulence due to index of refraction fluctuations. Attenuation affects the mean value of the received signal in an optical link whereas distortion results in variation of the signal around the mean.

A free-space optical communication system is influenced by atmospheric attenuation, which limits their performance and reliability. The atmospheric attenuated by fog, haze, rainfall, and scintillation has a harmful effect on FSO system. The majority of the scattering occurred on the laser beam is Mie scattering. This scattering is due to the fog and haze aerosols existed at the atmosphere and can be calculated through visibility. FSO attenuation at thick fog can reach values of hundreds dB. Thick fog reduces the visibility range to less than 50 m, and it can affect on the performance of FSO link for distances. The rain scattering (non-selective scattering) is independent on wavelength, and it does not introduce significant attenuation in wireless infrared links, it affects mainly on microwave and radio systems that transmit energy at longer wavelengths. There are three effects on turbulence: scintillation, laser beam spreading and laser beam wander. Scintillation is due to variation in the refractive index of air. If the light is traveled by scintillation, it will experience intensity fluctuations. The geometric loss depends on FSO components design such as beam divergence, aperture diameter of both transmitter and receiver. The total attenuation depends on atmospheric attenuation and geometric loss

After propagation through the atmosphere, light displays a perturbed wavefront profile which can be decomposed on a limited number of spatial modes. 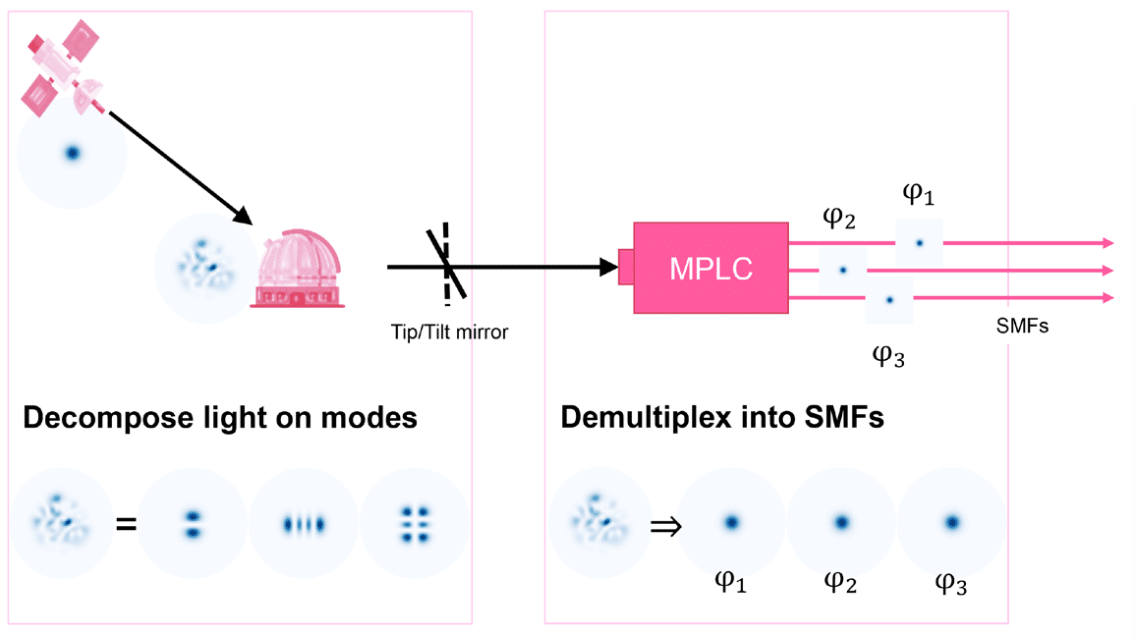 A Hermite-Gaussian spatial mode basis is used as a standard. It is well adapted both to the decomposition of the turbulence and to the design of the MPLC. The TILBA product line is customizable in terms of the number of modes and spatial mode basis that can be adapted to the client’s specific needs (up to 45 modes). 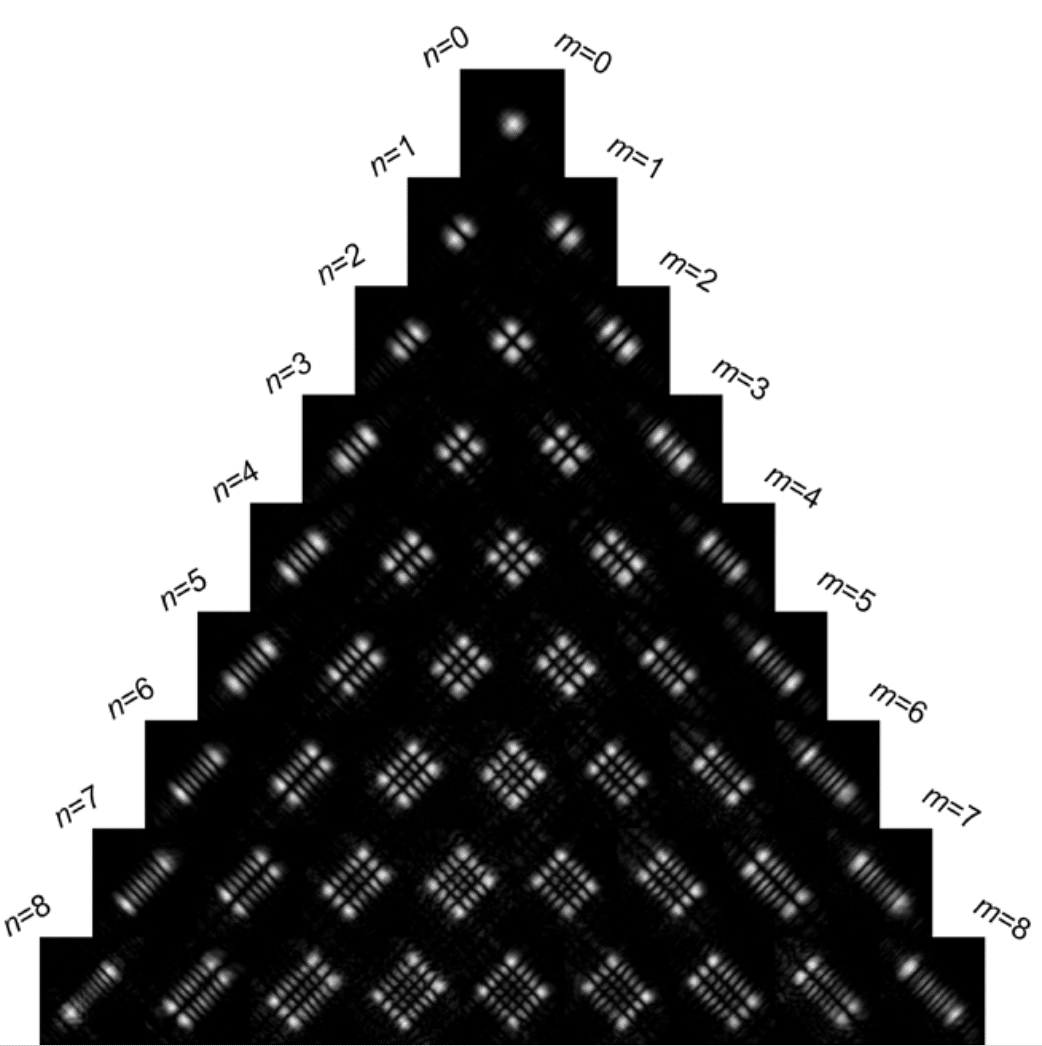 Signals inside single-mode fibers are out of phase after the demultiplexer. Thanks to active phase and intensity control, the module ensures the coherent all-optical recombining of the MPLC’s outputs directly to a unique single-mode fiber.