ROC stands for Row Optical Correlator. Based on an ultra compact and robust inline setup, the μ-ROC takes the 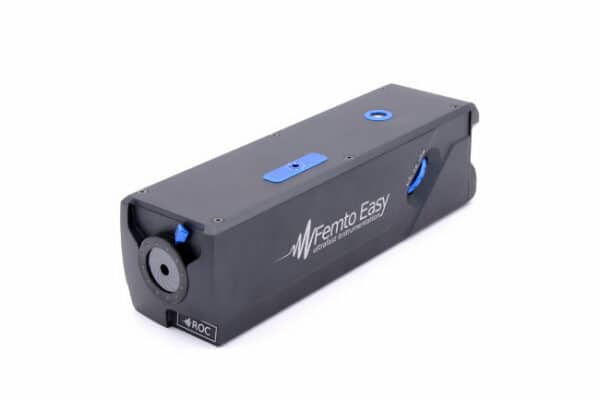 Ultra-compact/OEM size autocorrelator for ultrafast laser with single-pulse extraction up to 150kHz and pulse width from 5fs to 10ps. 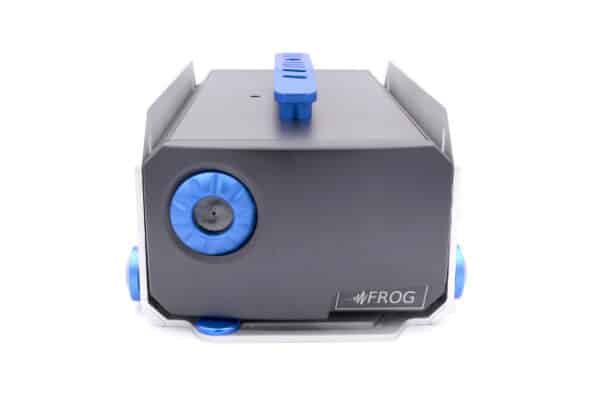 Frequency resolved optical gating is a technique for a complete a ultrashort pulse characterization, thus it can retrieve the

The traditional photodiode/oscilloscope combination to measure the duration of laser pulses is too slow for ultrafast lasers, even when using fast photodiodes and high-bandwidth oscilloscopes. Therefore, measuring the temporal characteristics of ultrashort laser pulses relies on specific techniques based on the principle of autocorrelation that involves a measurement of the laser pulse using the laser pulse itself.

A scanning approach to autocorrelation, like the ones described above, is well suited for high-repetition rate lasers. The pulse duration determination is based on a measurement over many laser pulses given that each point of the autocorrelation trace that corresponds to a particular position of the delay line originates from one or more laser pulses. Intensity and interferometric autocorrelators are both scanning instruments and although they cannot provide pulse duration measurements using a single laser pulse, their advantages include being able to accommodate lower pulse energies and provide measurements over a longer range of pulse durations with one single instrument.

As mentioned above, a scanning approach to autocorrelation cannot be used to do single-shot laser pulse duration measurements given that obtaining an autocorrelation curve requires many pulses. For single-shot measurements (see figure 2 below), the wavefront of the incident beam is divided into two identical copies by crossing a biprism. These two beam copies will subsequently cross and overlap in a nonlinear crystal, where three SHG (Second Harmonic Generation) signals are produced. Two of the SHG signals follow the same propagation axis as their respective copy. The third SHG signal, the autocorrelation trace that we can call 2ω, is generated on the bisector of the incident copies. The 2ω trace, that reflects the spatial and temporal overlap of the two copies in the crystal, is imaged on the sensor using a lens. Imaging and analysis of the spatial profile of the 2ω beam on a CMOS sensor results in a spatially resolved measurement of the pulse, with the time on the x-axis and the diameter on the y-axis.